With spring in the air and Memorial Day around the corner, most of us car people turn our attention to Indianapolis. It was just yesterday 24 years ago that our beloved Fiero paced the big race on May 27, 1984. Customers at the dealerships lined up to get their first look at the new Indy Fiero during the first week of April. Visitors to the Pontiac showrooms had the opportunity to enter a raffle to win a gas powered Indy Fiero Go-Kart at the top selling Pontiac dealerships.

In a letter dated May 4, 1982, just one day after the “P” car was approved for production, Bill Hoglund sent a reply to Indianapolis Motor Speedway accepting the invitation to pace the 1984 Indy 500. At that time, John Calles was awarded the project to develop and build the Super Duty components required for pace car duties. Working directly with John Schinella in styling, John was given the resources to build three special cars to pace the race.

In a letter dated January 4, 1983, a meeting was called on January 17, 1983 to make the final decisions regarding the three track cars and the Indy replicas. At this meeting, several key program decisions were discussed and made. The number one concern was public consumer identity. Many of the exterior design proposals for the three track cars did not resemble a production Fiero. The Aero body, wing, and snorkel were a toned down version of what the styling department really wanted to do with the Indy Fiero. One of the major points was that the Indy body that was actually produced could be used on future Fiero models without any major tooling or development costs. This decision presented a major task for the engineers to produce the new body panels with the correct aerodynamic characteristics in such short notice. Another point discussed was that all of the Super Duty components were to be marketed to the general public under the Performance Plus Parts program. Intentions were to allow the public to build their own replica of the track car from parts available at the dealership. Most of the mechanical parts were available to the public short of the wheel disks, electric power brakes, and strobe lights. From this meeting on, the three Indy Fieros that were prepared for pacing duties remained unchanged in design and mechanical specifications.

During the months of July and August 1983, the pilot build replica was built in the styling studio. This is the car that sat in the front of the Fiero Plant and currently resides at the Gilmore Auto Museum in Grand Rapids, Michigan. The final approval decision to build the replicas was made as soon as the pilot car was finished leaving the car unchanged from the proposal. The replica count was determined at 2000 units based on marketing estimates and production costs.

The first 15 Indy Fieros were built on January 25, 1984. These first 15 went to the executives at Pontiac and were used for quality assurance and marketing purposes. As a matter of fact, replica #2 ended up as a prototype car that is currently in stock at the Indianapolis Motor Speedway Museum. The remaining replicas were built starting February 21, 1984. The production goal was to build three Indy Fieros per hour. Supplier delays proved this schedule to be hard to keep. At the close of February, only 86 cars were ready for shipment. At the close of the second week of March, 488 Indy Fieros were completed. Specifically selected dealers were to receive the Indy Fieros for display only until all 2000 replicas were built. By the fourth week of March, 658 replicas were built, but production had to be ceased in order for the supplier of the wings to catch up on supply. Finally on May 11, 1984, the last Indy Fiero replica was produced. NIFE member, Mike Maver, currently owns this car.

To witness the Fiero in action at Indy, Pontiac employees took 9 buses to see the time trials and 23 buses on race day. The race day bus trip participants received Indy Fiero rain ponchos, bleacher seat cushions, hat, T-shirt, and wristwatch as part of the $30 dollar package including the bus fare. And finally, the very first Indy Fiero replica was raffled off at the 2nd Annual Fiero Family Picnic on August 19, 1984. Guests of the picnic were given items such as Indy Fiero yo-yos, Frisbees, t-shirts and hats. The destiny of the very first replica is unknown at this time. The contents of this writing is an accumulation of information taken from papers acquired from Hulki Aldikacti, interviews with the employees that made the Indy Fiero happen and Fiero Plant “Fiero Facts Newsletter” sent to Fiero Plant managers and team leaders.

editors note: If you are looking for Fred on Memorial Day Weekend, you will find him in the stands at Indianapolis Motor Speedway. Photo courtesy of Fred Bartemeyer, Jr 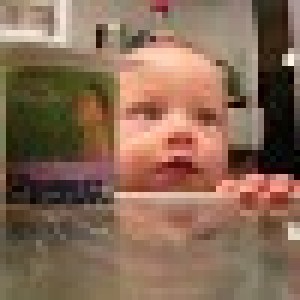